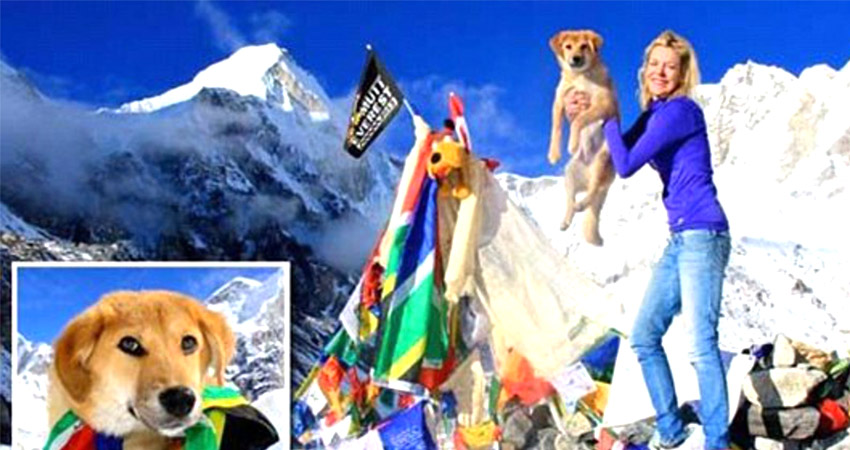 Stray dog to the Mount Everest Base Camp, A living rough dog Rupee safeguarded from a dump, has turned into a mountain climber in the wake of trekking to 5364m above ocean level to Mount Everest base camp.

The rupee is accepted to be the first dog authoritatively recorded at the Everest base camp short trek after he joined manager Joanne Lefson on the outing.  Joanne Lefson said, ‘When I saw him on that dumpsite he couldn’t have had more than an hour to live. He couldn’t even walk ten meters without falling. ‘The small individual had heart, I could tell that, yet he was extremely powerless from having no sustenance and water for quite some time, maybe weeks.’ 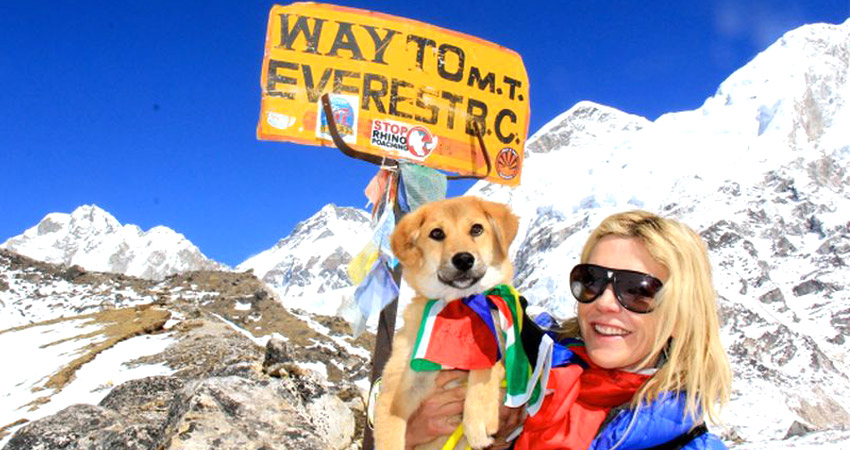 Joanne, at one time, hit the features in the wake of venturing to the far corners of the planet with Oscar – the extremely popular globetrotting puppy.  Oscar and his team visited Nepal from July 25 to 29, from Our Company Above the Himalaya Trekking (p) Ltd. Five years ago, Oscar was brought to an animal shelter in Cape Town, and fortunately, Ms. Lefson came along and adopted him.

She added, “She was very happy for successfully organizing her second trip to Nepal with the dog, with our company.

‘Rupee is essentially an enlargement of Oscar’s legacy and a fine illustration of what could be accomplished when a homeless canine is given another opportunity.’ Joanne embraced Rupee and sustained him on a high protein eating regimen of bubbled eggs and rice.