Halesi Mahadev Tour ( Maratika Tour) takes you around the famous Temple that is located in the Khotang District of Nepal. It is also the natural cave, which lies in the 4th remote hilly region. It is believed to be in existence for 6000 years. The Temple is very old.  Similarly, People believe Lord Shiva came to the place to hide from the Demon Bhasmasur. Lord Shiva Killed the Demon in the same place.

After the demon was killed with the help of the slyness mind of Lord Vishnu. Shiva along with his consort Parvati made these caves their abode. Halesi Mahadev darshan tour is also a holy site for Buddhists. They believe that Guru Padmasambhava, the second Buddha meditated here for three months. There are three caves on the hilltop that represent the three eyes of Lord Shiva. Many people from the Hindu and also Buddhist community come to this place during Shivaratri, Ram Navami, and Ganesh Chaturthi.

This temple lies in a mysterious, beautiful cave in a hilly region. Therefore, The area is in the holy rivers Dudh Koshi to the right and Sunkoshi to the places of Nepal.  it is also very popular with equal status to the Pashupatinath Temple of Kathmandu. Halesi Mahadev Darshan tour Package in Nepal is for 2 Nights 3 Days.  which is entirely worthy of Culture. It is also Historical, heritage sites and ancient temples. 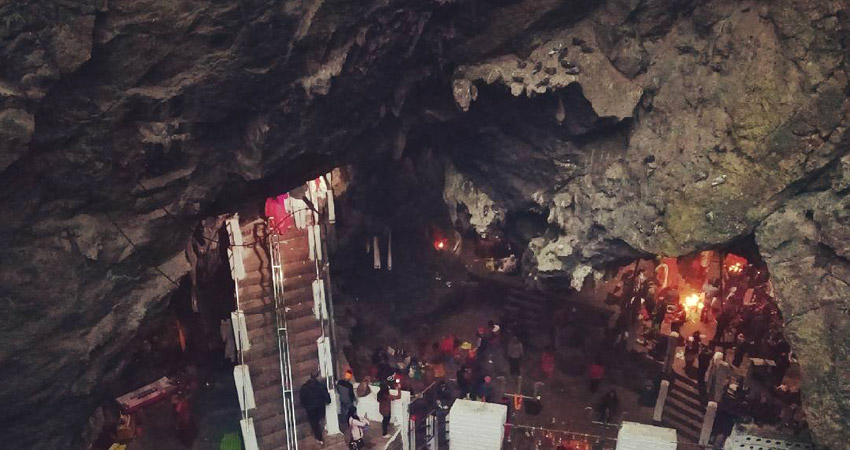 Halesi Mahadev is another Pashupatinath of the east.

Halesi Mahadev darshan tour is popular among the Hindus as well as the Buddhists all over the world. Among the most ancient and holies tight of about 35 min to Lamidanda. The same day we will drive to Halesi Baba Temple. It is a famous pilgrimage center in east f Nepal. Halesi Mahadev is another Pashupatinath of the east. The major attractions of Halesi Mahadev Cave incorporate five different doors. namely Ghopte Dwar, Janma Dwar, Pap Dwar, Dharma Dwar, and Swarga Dwar.

Halesi Mahadev darshan tour is also full of natural beauty and cultural inheritance. It is is the most sacred pilgrimage site. Halesi Mahadev Temple securely lies inside the cave where the creature of night lurks around. Huge religious fairs come here on Shivaratri and Bala Chaturdashi, so during your Halesi Mahadev Darshan tour, you may have a chance to see those.

Legends surround this cave, and it is mostly associated with a long life. It is written that Guru Rimpoche achieved an immortal being with Mandarava at Maratika Cave. Legend has it that Buddha Amitabha and Dakinis wrote down the eighteen tantras of Long Life, concealed them in a box made of precious jewels, and hid them in Maratika Cave. 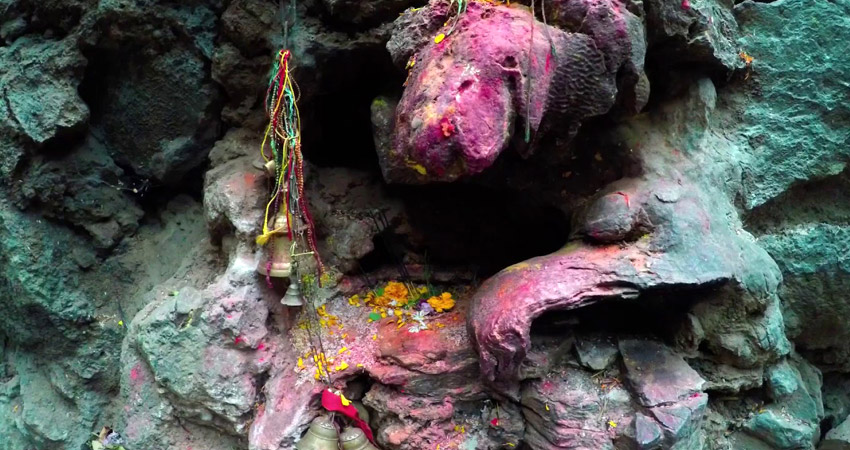 Climate during the tour:
September to Nov: Autumn is delightful and have also clear weather; the mountain views are the best. (Maximum 30 Degree Minimum 2 Degree)

December to Mid February (Winter) the weather is also cold, and the sky is clear (Maximum 24 Degree Minimum -2 Degree)

Today, early morning, we will drive to Halesi Mahadev by private road; it will be about 8 hour drive through a scenic road. Similarly, the trail crosses with several beautiful small villages and beautiful landscapes of terrace fields, green hills and yet more. Halesi Mahadev is 222 km far from Kathmandu.

Morning Darshan to Halesi Mahadev Temple, Halesi Cave & Many more places can be visited at Halesi Mahadev. The water that drips from the stone ceilings of the cave is very holy. It and is also a consideration to Amitayu’s long-life nectar. After descending the stairs at the walls of the cliff. we will arrive at the big red stone, which shows the images of Lord Shiva and his consort Parvati. We “Above the Himalaya Trekking (p) LTD” is proud to arrange a brief 5 Nights 6 Days long Halesi Mahadev darshan Tour package, Maratika tour which will lead you through the ancient and revered region of Halesi Mahadev.

After breakfast at the hotel and drive back to Kathmandu.

Visit the Halesi Mahadev Temple, sometimes referred to as the second Pashupatinath Temple.
Exploring the Halesi Mahadev, one of the most significant temples and potent Hindu deities
devoted to Shiva.
Visit the revered Halesi Mahadev temple to pray and receive blessings.
The chance to see Matrika Caves, the nearby monastery, and the numerous caves
Take in Halesi&#39;s spiritually charged environment.
positive energy and a great location for meditation.
Nice lodging and delectable food
Stunning scenery along the way
Maintain regular rituals and vibes.
Sink into the serene atmosphere of this wonderful site.
Explore the wonderful cave and its history.
Participate in scenic photography.
Enjoy a breathtaking view of Mount Darje Lakhpa and other numerous snow-capped peaks,
which are the glory and pride of this revered Halesi temple.

Tour Package on a Jeep

Another luxurious vehicle to get to the Halesi Mahadev Temple is a Jeep. Our newest model has a respectable 13-person capacity. All of our vehicles are in good condition and will drive you to Halesi in comfort.
Halesi Tour by Helicopter  One quick method of getting to Halesi and admiring its splendor is by helicopter. A helicopter flight may be on the pricey side, but it guarantees you a pleasant experience in a short amount of time. This holy spot may be seen in elegance on a 2-hour helicopter trip.  Where to stay Although this temple is geographically located in a remote, hilly area, its religious significance has helped to transform this location into a tourist destination with upscale accommodation and dining options.

The greatest We currently have the 1 Night, 2 Days Halesi Tour Package available for you to enjoy all that Halesi has to offer.We offer deluxe automobiles, cozy lodging for one night, and all-day meals. On the first day of the tour, we arrive in Halesi, where we spend the night. On the second day, we worship Halesi Mahadev and then drive back to Kathmandu after eating lunch. Halesi provides welcoming accommodations with functional WiFi, fresh showers, and attractive bedding.

Additionally, you will be entrusting the management of the tour to the most reputable and knowledgeable travel company. Furthermore, you can also reserve the tour online since we offer an online payment option. The tour can be paid for from any location. After we receive payment, we will send the tour information.We can tell you that your time with us will be the best. Take your time and enjoy the trip as an outcome of this tour package.

What includes
Transportation by road from Kathmandu to Halesi and back
Halesi accommodations on sharing basis
two lunches, one dinner, and one breakfast
all regional and local taxes
Services Charges
First Aid Kit
Minerals water
What exclude
Other alcoholic and non-alcoholic drinks
Additional lodging is needed if the visit is extended.
Personal expenses
Travel Insurance

Numerous thousands of pilgrims and tourists visit the holy sites each year, especially Hindus, Buddhists, and Kirats. The identification of this sacred location has a fascinating history. As early as the 12th century, the Halesi-Maratika caves were mentioned in Himalayan literature. Kathang Zanglingma is a biography of Padmasambhava. According to him, Nyangrel Nyima Ozer discovered and delivered a terma that narrates the first events that made the Maratika caves a holy site for Vajrayana practitioners.

The natives discovery of the Halesi Temple is the subject of a well-known story. According to the story, there used to be a dense jungle where a hunter from the local caste used to hunt. He made an attempt to pursue a running deer. Both hunting dogs went into the bushes to look for the deer but failed to find it. After asking the people for assistance, the hunter walked to the bushes and discovered a cave.

They enter the cave with curiosity and discover a large Shiva linga that has been surrounded by a snake. They were overjoyed to see this and began to worship it as a Shiva temple.The increasing religious importance of halesi is due to a number of additional religious and historical factors. The pilgrimage to Mahadev, who is revered by Hindus as the supreme god even among gods and goddesses (Devadidev), is a representation of the splendor of three separate religions: Hinduism, Buddhism, and Kirat. The ascetics of Shiva, who have existed among Hindus since the beginning of time, as well as Buddhists and other ascetics, are thought to have found enlightenment while meditating at Halesi .

In Buddhism, Mandarava and Padmasambhava identified certain terms that dakini Sangwa Yeshe had elementally placed in the cave. These terms are among Buddha Amitabha teachings about longevity. They were distributed at Bodhisattva Avalokiteswara request. Mandarava and Padmasambhava gained the vidyadhara of immortality (or longevity) here, in the cave. Similar to this, Hinduism places a high value and great importance on this place. Hindus from India climb up numerous hills to arrive here. During the Shrawan month, a large number of people travel from areas like Ladania and Jayanagar to offer prayers to Haleshi Mahadev. In this cave, Lord Shiva is said to have spent 6,000 years hiding from the demon Bhasmasur.

Similarly, the Kirati Rai of the area revere Halesi as their ancestor god. The Kirat mundhum, an  extensive traditional record of the Kirat people, attests to the fact that in ancient history, their ancestor Raechhakule (Khokchilipa), also known as Hetchhakuppa, used to reside inside the Halesi cave. As a result, the Kirat and Rai view Halesi as their ancestral place. It is known as &quot;Marathi&quot; in Tibetan. This sacred location is revered as a chariot that leads people from evil to good, from illusion to reality, from sin to justice, and finally to salvation.

Hinduism, Buddhism, and Kirat all agree that Halesi is a must-visit destination if you want to feel the spiritual power, live longer, be healthy, have children, be prosperous, and have all of your wishes come true. This temple has always been a very important place of worship. Huge events and celebrations are conducted here on festivals like Shivaratri, Balachaturdashi, and Ramanavami. In this temple, people also participate in rituals and festivities, including the lighting of one lakh lamps (lakh batti), Rudri pooja, Bratabanda, weddings, etc.

The well-known holy site halesi has contributed to the popularity of the hilly district khotang in the Sagarmatha region.This religious site main draw is Haleshi Mahadev and its numerous caves. Halesi refer to a large cave that is 67 feet below the land surface (3,100 ft.–4,734 ft. above sea level). The caves entrance is shaped like a half-moon and faces east. A cave is situated close to the Mahadevasthan village. It is located between the renowned rivers Sunkoshi on the left and Dhudhkoshi on the right.

It has a 193-foot diameter and a highly unusual spherical shape. Below is another cave that is related to this one. The diameter of the floor is 223 feet. The three eyes of Lord Shiva are thought to represent caves. The Haleswor Mahadev statue of Lord Shiva may be found in the first cave. Similar to the first, Lord Shiva & mount Nandi is

The most notable and important is Basaha Cave. There are many trees there, as well as various flowers with enticing scents and wonderful bird singing. A self-made lake sits in front, and the Secret Cave of the Guru Padmasambhava is nearby, around the range of an arrow. The pilgrimage to Haleshi Mahadev is crucial from a religious standpoint, but it is also noteworthy from a tourism perspective. As a result, it mentioned the spiritual and religious worth of the most popular destinations. 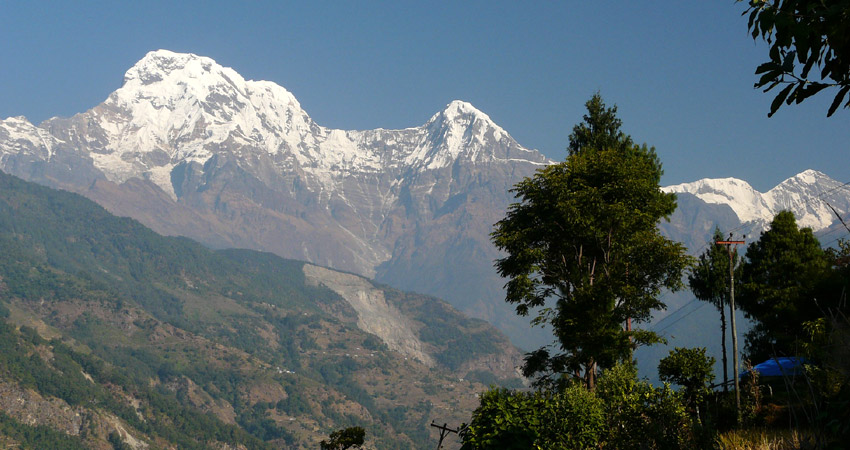 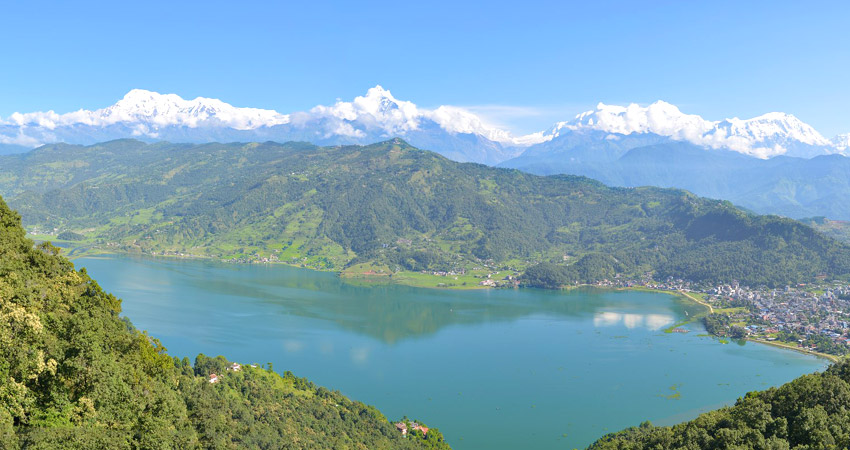 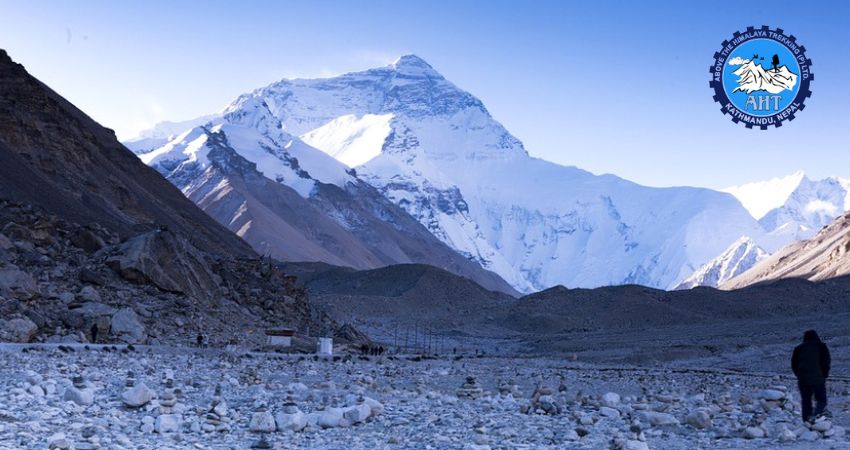 Above The Himalaya Trekking – How it started? Our Success Story 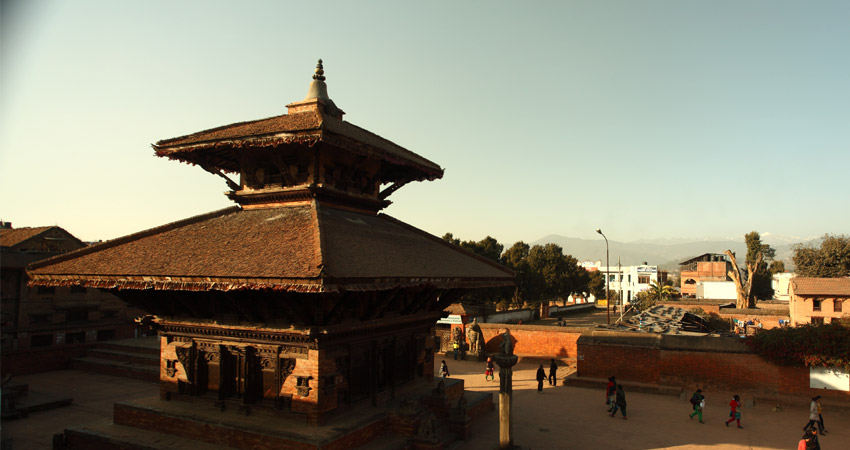 Nepal Temples – The list of famous Hindu sites of Nepal