Kopan monastery (The Tibetian Buddhists Monastry) is situated on the hilltop behind the Bouddhanath stupa. This was considered as the home for an astrologer as well as the king of Nepal. The Kopan Monastery also offers a panoramic view of the town of Boudha below and the spectacular Himalayan mountain range. More than hundreds of visitors come to visit here yearly from around the world.

Kopan Monastery was discovered in 1971 in the Solu Khumbu region of the Himalayan Mountains. A monastery in the Gelug tradition of Tibetian Mahayana Buddhism, which was guided by Lama Zopa Rinpoche. We can feel the fresh air and magical mountain views across the valley. Interestingly it has given shade to around 360 monks, lamas, workers as well as teachers.
The monks here are of different ages ranging from 7 to 60 years old and are from various sectors of Nepal.
They have devoted their whole lives to learning and practicing the teachings of Buddha Shakyamuni. Moreover, the instructions were given by Lama Tsong Khapa, (who is the Founder of Gelug Lineage) was given more prioritized by them.

The course and spiritual atmosphere are famous worldwide that visitors from the entire world influxes in Nepal to attend and learn this course as well as enjoying the serene spiritual atmosphere of the place specially designed for study purposes. The principle of Kopan is to help all beings to boosts up their full potential of infinite wisdom as well as empathy, which was taught by their Founder, Lama Thubten, and Lama Zopa Rinpoche. Spiritual director.
Develop the mind of equilibrium.

You will always be getting praise and blame in every step of life, handling those would be your job. You should not let these factors affect the stability of the mind.
Following the calmness and the absence of pride would lead anyone to the peak of success. These are the lessons taught by Buddha Shakyamuni. 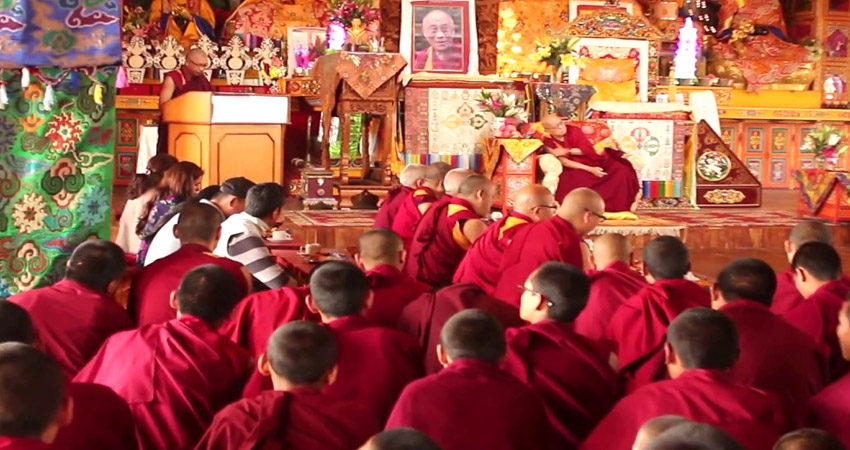 Anyone can have quality time at Kopan’s peaceful, pristine, and relaxing environment. Preserving and transmitting the Tibetan Buddhist tradition as the path to ultimate happiness and freedom from suffering to all are the main Motto of Kopan Monastery, and they are still working on it.

Kopan Monastery is associated with the Foundation for the Preservation of the Mahayana Tradition (FPMT).
FPMT is a unique organization which is devoted to transmitting the Mahayana Buddhist tradition and values all over the world through the medium of teaching methodology, community service, and meditation.

FPMT aims to provide integrated education so that people’s minds and hearts can be best used for the transformation of these to their higher potent ion and can be used for the benefits of others.

Activities you can do in Kopan Monastery

you are welcome to be part of this community as a guest.
Stay for a while and rest
Attend for a course
Stroll through the beautiful gardens and enjoy its beauty
You can make a short prayer in one of our meditation halls
You can have a delicious vegetarian meal at the cafe, or you can observe the surrounding by sitting there and listening to live.

You can have a Day visit from Sunday-Friday in-between period of 9 am to 5 pm and attend a daily dharma talk. You can have your lunch at a peaceful Kopan coffee shop. Any groups from local schools, any reputed organization, as well as visitors from abroad, are welcomed to Kopan Monastery. You ought to inform in advance at reception through a phone call so that they can have a proper arrangement for your visit.

Note: Between the period of November 11 to December 20, Kopan does not admit any groups.
Any larger groups and tourists from travel agents should make a pre-appointment with a reception office. Otherwise, they will be restricted from entering the monastery without an appointment.

Other famous Buddhist  monasteries in Nepal 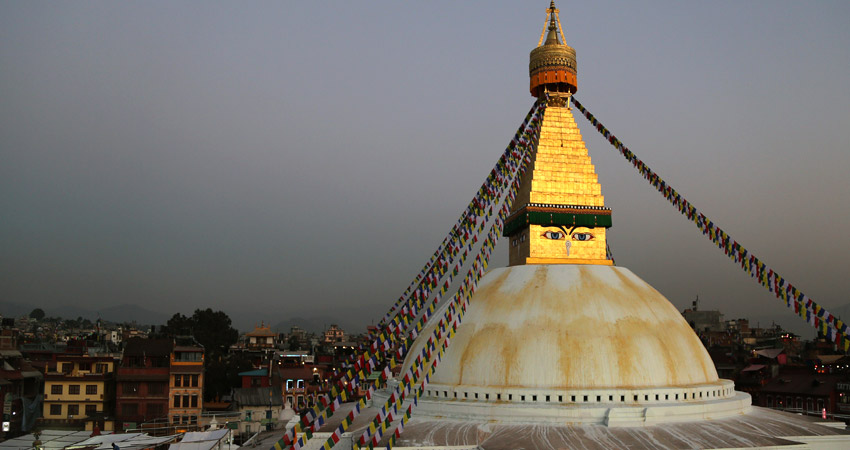 Bouddhanath Monastery, Nepal’s largest monastery located 7 km east of Kathmandu Durbar Square. It is one of the most important pilgrimage sites in the world and the largest stupa in Nepal. This stupa is considered one of the most popular holiest sites for Buddhists faith. The atmosphere of the whole place lightens up with zest as the fragrance of incense drifts through the air. This Stupa, a well-known Buddhist pilgrimage site, is included in the World Heritage Cultural site list by UNESCO. Tibetans in thousands came to this famous Buddhist Chaitya and energized the Stupa, after the Chinese invasion in 1959.

In February, the most famous festival called Lhosar is celebrated according to the Tibetan New Year. Visitors from different countries visit this stupa because of the beliefs that this stupa has got the divine power to fulfill wishes and give blessings. Buddhists visit monasteries to attend daily prayers, community, and food. No doubt, this monastery is architecturally rich and marvelous, which is the primary source of attraction for visitors from all around the world.

Last but not least, the spectacular views over cities and villages are the perks of Bouddhanath Monastery. Walking around the stupa in a clockwise direction while turning the prayer wheels (mounted in four walls of the stupa) repeating the mantras are the significant ritual visitors can enjoy. It is believed that spinning a wheel once is equivalent off repeating the mantra engraved on its 11,000 times.

One spin of a prayer wheel here is the equivalent of repeating the mantra engraved on it 11,000 times.
Bowing practiced by many Buddhists is a sign of respect for Buddha. 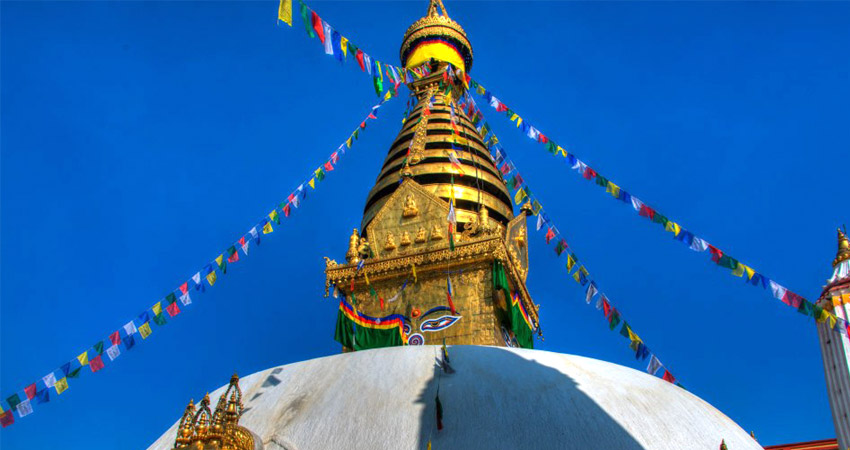 Location: Chhauni, Kathmandu
Swayambhunath Monastery is a traditional Buddhist shrine that is located on a top of the Kathmandu valley, just a 20-minute walk far away from the Kathmandu Durbar square. It is regarded as one of the oldest Monasteries in the world. The word Swayambhunath means “the self-existent” in English. It is a prominent pilgrimage place for many Buddhists and Hindus around the world.

This temple is the most sacred place among another Buddhist pilgrimage of Nepal and worshipped by both Hindus as well as Buddhists. It is also known as the second most important religious place in Nepal after Bouddhanath for Tibetan People. It is also listed in UNESCO.

Another name given to this temple is the monkey temple; a large number of monkeys can be seen around the temple area throughout the year. The temple is decorated with Buddha eyes on all four sides, which appear like looking out across the valley, which is an iconic symbol. This iconic symbol implies that symbol of God’s all-seeing perspective.
We can see another smaller eye above each pair of the eye called a third eye that signifies the wisdom of looking within.

Another attraction of Syambhunath temple is you can see other beautiful temples as well as beautifully painted images of deities and other religious objects around this stupa.
This monastery is a famous pilgrimage site as it offers the chance to learn religious harmony. A complete walk of 365 stairs leads you to Stupa.

Visitors visit Swayambhunath stupa for praying, meditating, walking around the stupa, reciting mantras while turning wheels, and enjoy the overall view of Kathmandu. 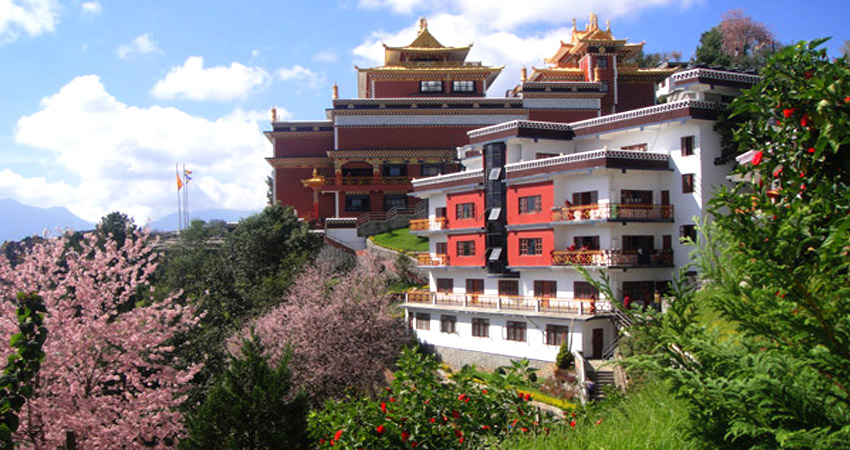 Altitude: 1,760 m (5,774 ft)
Namobuddha, one of the most pilgrimage sites, is located 42km (26 miles) southeast of Kathmandu. This Monastery is particularly famous for Tibetan Buddhists. You can visit this Monastery to attend daily chanting chanted by Monks before 10 A.m.You can visit Crowned Buddha Shrine, the sixteen Arhats Shrine, and the Gold Buddha Shrine, which are located just above the main monastery following the stairway up.

You will find the female monks chanting, remembering the moment that Great Being Gave his life to the tiger near a shrine. You can see the imagery of the previous incident inside the temple. This place is the viewpoint for overlooking the beautiful valley, and we can see the millions of prayer flags covering the hill on the downside of the road, which looks gorgeous.

Lumbini is one of the most popular holiest pilgrimage places in the world and is located in Rupendehi District. Lumbini, the birthplace of Lord Buddha, is now a UNESCO world heritage site. Exploring monasteries, trying different Indian/Nepali food in the street, riding a bicycle along the edges of rural terrain, and attending meditation classes are the major activities you can do in Lumbini.

You can get the best meditation class at Lumbini in various meditation centers run by Buddhists Monks. You can explore the dynamic environment and enjoy yourself.
Maya Devi Temple discovered a few years ago, is the most beautiful part of Lumbini, which was dedicated to the mother of Lord Buddha.

You can explore Maya Devi temple and meditate under the Bodhi tree in the hope of finding enlightenment. The inside of the temple is filled with old mark stone of Gautam Buddha’s Birthplace. Anyone is restricted to capture pictures inside the temple. The south part of the temple contains the pond where Maya Devi(Mother of Gautam Buddha) took a bath after the birth of Lord Buddha. 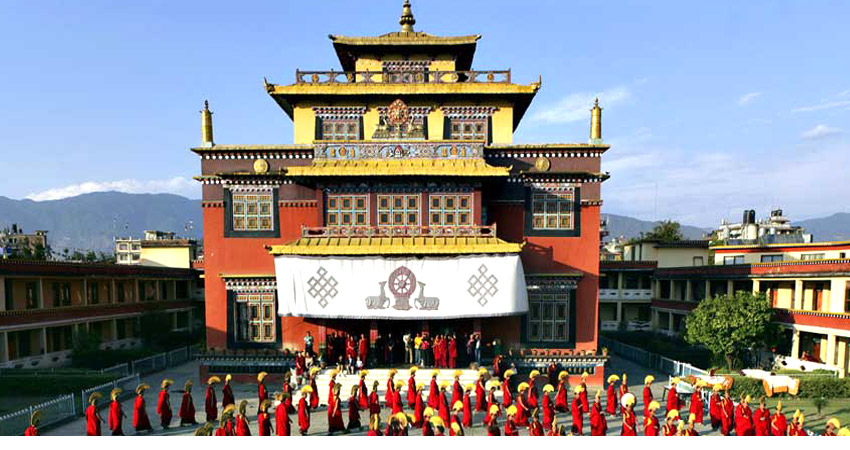 In 1950 A.D, during the Chinese occupation of Tibet, the original schechen monastery was destroyed. Dilgo Khyentse Rinpoche, who was exiled to Nepal, preserved the essence of this monastery and established the new home for the monastery. The new Shechen Monastery is situated near the Bodhnath Stupa and is quite easy to find. He had wished that the new built Monastery would maintain the philosophical, contemplative, as well as artistic tradition of the original monastery.

The four walls inside the main temple (destroyed by the earthquake 2015) were decorated with frescoes depicting the history of Tibetan Buddhism and the main teachers from its four primary schools.
About 450 monks from all over the Himalayan region study and live at the monastery. They are provided with a lively education, Buddhist philosophy, along with the particular dancing lesson, music, and painting.
Shechen Mahaboudha Vidyalaya, offer a complete education combining traditional subjects and modern curriculum, for 180 boys from age group 5-15.

After graduation, they can join a 2-year course mainly focused on ritual arts, including memorization of liturgical texts, training in sacred chants and dance, meditation sessions, and learning ritual musical instruments.
Throughout the year, a lot of ceremonies are conducted, which includes drupchens. Drupchens is a special ceremony that lasts for nine consecutive days and nights.

An annual two-day sacred dance festival is held in the monasteries courtyard. Apart from this, different events are organized for the public by Shechen, and they serve the spiritual needs of the local community. 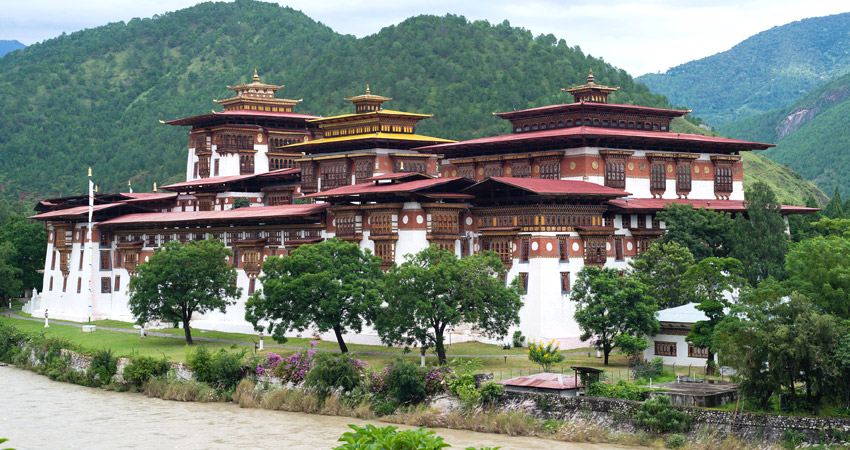 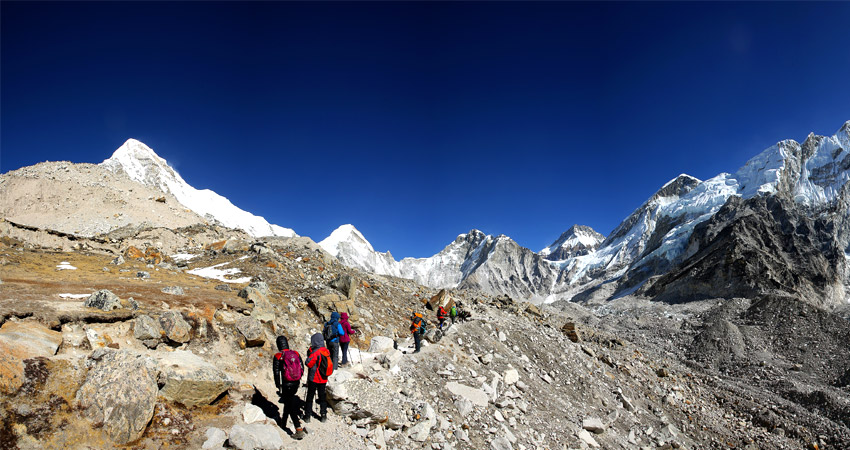 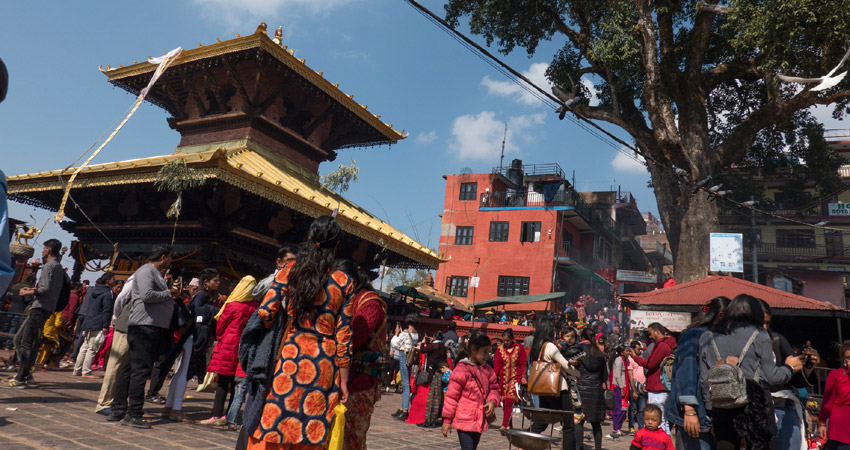