Lukla, which is a small Sherpa village, is located at an altitude of 2800 meters above sea level. Kathmandu to Lukla flight offers you spectacular views of 18 highest peaks, and interestingly, four of them lie above the altitude of 8000 meters. Lukla, these days, has been creating buzz as a trekking junction. Many shops, lodges, and trekking luggage for buying and renting are the significant activities trekkers can do here. Lukla is that the entry that ends up in the beautiful Khumbu region as well as the very best Mt. Everest. Located at the distance of 900ft, it is the doorway to the Sagarmatha National park. Lukla is the Gateway to the Everest Base Camp and is located in the Khumbu area. The Khumbu area lies in the Solu-Khumbu district of Sagarmatha Zone.

You are allowed to take a 15kg baggage on a flight to Lukla.
More than 50 numbers of flights are operated daily in Lukla Airport.

Flying from Kathmandu takes approximately 35 mins to reach Lukla airport. However, some of the domestic airlines operate a flight from Kathmandu to Lukla, but direct booking is impossible. Thus, an earlier booking of the flight is advisable.
Lukla lies in the famous trekking region of Khumbu, in the Solukhumbu District of northeastern Nepal. Lukla town consist of full of ups, and downs hills and random trails. 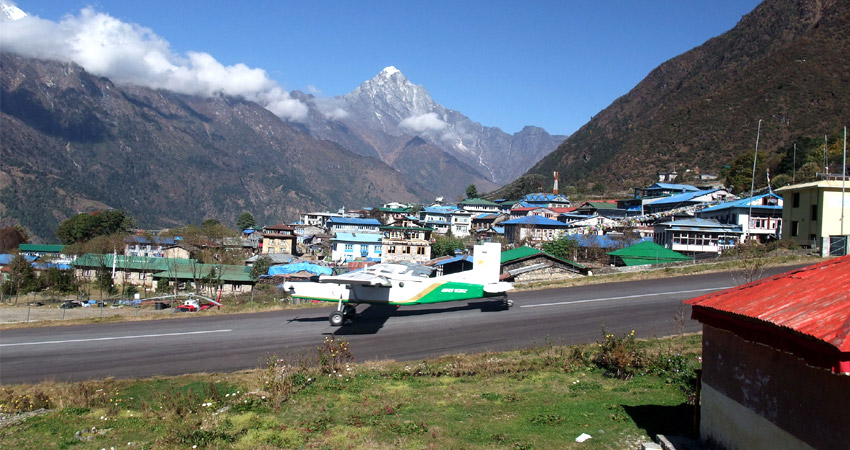 Yaks serve as wheel here. Mostly Sherpa people live here and open lodges in their homes. Sherpa people who are well known for their mountaineering skills were actively involved in the construction of the Airport. Tongba is considered the local drink of Nepal. These drinks are perfect for the winter period. Tongba drinks are made from millet. Sherpa’ Cuisine is the most popular food that you must try while you are traveling to Lukla. Lukla has a subtropical highland type of climate with warm, humid and wet summers and cold, snowy, and dry winters.

Lukla is about 140 km away from Kathmandu, and it takes just 25 minutes to fly from Kathmandu to Lukla. There is the highest probability of flight cancellation of Kathmandu to Lukla Flight. In between the period of 6.00 am to 9.00 am, about 80 percentage of Lukla Flight is operated.
In a peak season, there are almost ten flights in operation of single airlines, whereas eight flights are operated in a regular season. Around 40 flights per day are operated. These flights are operated by the four major airlines, namely (Simrik, Goma/Summit, Sita, and Tara).

Some of the facts of Lukla Flight

From September, the direct operation of Kathmandu flights has been changed to Ramechhap airport. This airport is about 135 km away from Kathmandu. Driving overland and reaching to Manthali airport is needed to catch the flight. Lukla, the gateway of the Everest region, is marked as the most dangerous airport. In High season time, Sept to Nov and March to May,  the flight to Lukla is operated from Ramechhap Airport. 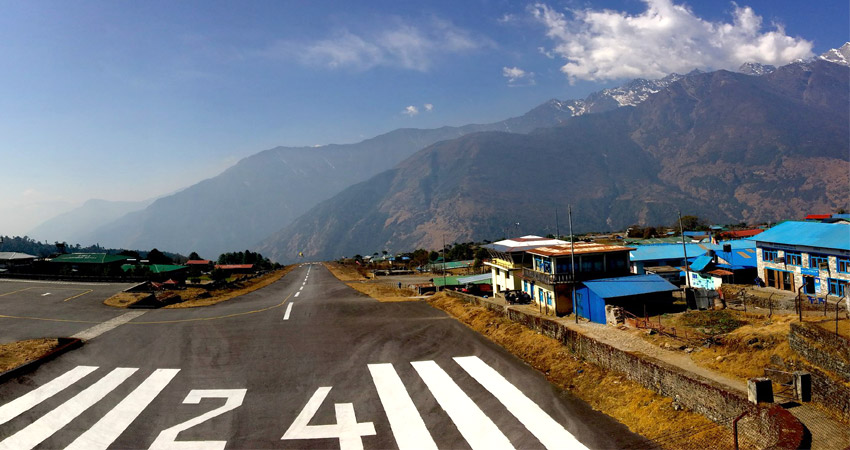 Lukla, the most popular trekking region of the Khumbu region, lies in the Solukhumbu district of northern Nepal. It lies at an altitude of 2860 meters. In 1964, the single sloped runway was started as an initiative of Sir Edmund Hillary. Only a few experts and experienced pilots are permitted to land at the airport; this is because of the difficulties of landing. Kathmandu to Lukla airport has lots of options. If you are scared of the Lukla flight, you can opt for other options too. You can fly into Lukla and trek in Phalpu and take various bus journeys. Turning up to board in Lukla or Kathmandu, you become used to keeping your fingers crossed.

Ramechhap airport lies at Manthali, which is the headquarters of the Ramechhap district of Province No. 3 in Nepal. Lying 83 km far away from the Kathmandu, Ramechhap Airport is also known as Manthali Airport. Ramechhap Airport has become one of the easiest pre-destination for Everest Base Camp Trek, as for reaching to Lukla. It takes three and a half hours to 4 hours to reach Ramechhap by the drive at first and then from Ramechhap to Lukla by flight. Ramechhap is comprised of two words Ram and Chhap. Ram means person, and Chhap refers to the mark. Ramechhap is the beautiful place of Nepal, with an area of 546 square kilometers an elevation of 474 meters (1,555 feet) above sea level.

It takes around 4 hours and 30 minutes to reach there by road as the road distance is about 154 kilometers. The Major Highlights of the Ramechhap is its various natural heritages. Rivers like such as Tamakoshi, Sunkoshi, Khimti), DudhKunda, LikhuKhola Glacier, peaks (Pathibhara and Numburchuli), Gaurighat cave; cultural and religious heritages like Thodung monastery, PanchPokhari, KhauGumba, Kanadevi, and JataPokhari; endangered natives Kusundas, Junar (citrus fruit), elevation variation, prosperous mineral existence like iron, copper, marble, and magnetite.

Ramechhap Airport consists of only one runway with a length of 518 meters (1,699 feet). There is a new flight opening for Kathmandu to Lukla, which is called Ramechhap to Lukla flight.
Ramechhap Flight offers a glimpse of these attractions, some in high and some in low amount. There is ongoing runway maintenance from April 1st to June 30th,2019. Due to which operation of all fixed-wing aircraft flights to Lukla is closed from Manthali Airport in this spring season.

The official notice issued by CAAN (Civil Aviation Authority of Nepal) says that all Airlines are required to operate flights to Lukla from Manthali Airport. Ramechhap airport lies at a closer distance to Lukla as compared to Kathmandu and takes approximately 20 mins to reach there.

There is a known fact that the flights from Lukla and Lukla are popular for cancellation and delays. We can find several instances that the trekkers were compelled to lie on the chilled floor of the Lukla airport for many days.
Thus, Ramechhap Airport is a perfect alternative to fly to Lukla as this Airport solely dedicates itself to operating Lukla flights.

All the flights to and from Lukla are rerouted to Kathmandu to Manthali Airport from the 1st of April,2019. The flight time will be comparatively shorter that takes approximately 48 minutes for round trip Ramechhap – Lukla – Ramechhap. You should travel to Ramechhap from Kathmandu to catch your Lukla Flight. And follow the same route for returning to Kathmandu.

Manthali Airport lies at an altitude of 439 m above the sea level and is located at a distance of 132 km east of Kathmandu. It lies on the bank of the Tamakoshi River in Manthali. This airport lies at the closest distance from Kathmandu. That is why this is regarded as the best option to fly to Lukla in the present day. The airport also used to operate Lukla flights during air traffic congestion at Kathmandu Airport (TIA) in the past. You can also reach Manthali airport by the road that takes 4-5 hrs on average to reach there. Catching the flight is possible if you travel early, thus going before the day to the flight is advisable to avoid the flight missing. You can take your private vehicles to Manthali, as the other local transfers may differ in time according to the plane. 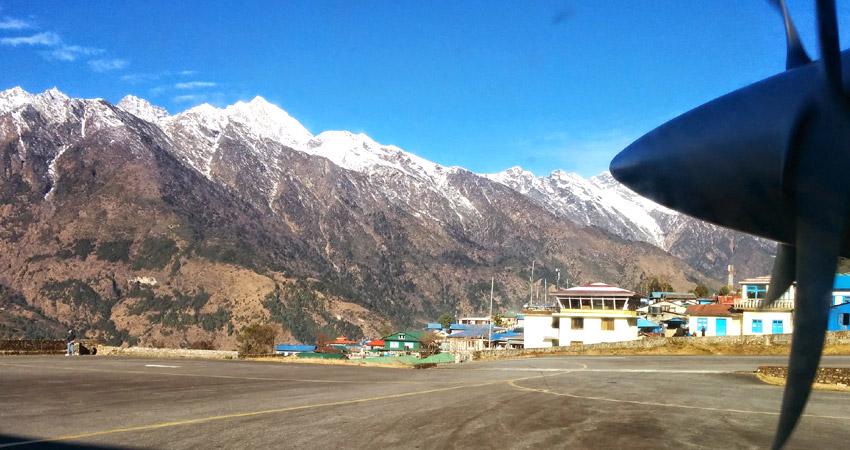 Lukla weather is a matter of primary concern while traveling to the Everest region. But according to various factors such as time of the flight, arrival, and departure may vary the time. Flying can be directly booked from the Airline corporation. Choose your appropriate time and plan enough before heading to Lukla. A major hub for mountaineering, Lukla is the major tourist attraction center.
More than hundreds of thousands of trekkers, visitors visit Lukla to explore the Everest region in peak seasons. Due to the introduction of the airstrip from Kathmandu, traveling to the Everest region is feasible for many people.

Talking about the cost of Kathmandu to Lukla flight (one-way flight), it costs USD 179 per person. However, the round trip cost is USD 358. The flight duration is 35 minutes. Below is the table showing the list of the airlines, flight time, and schedule for Kathmandu to Lukla:

The high altitude is the primary reason for climate change. Lukla airport has a short and steep runway, which ranks among the most dangerous trails in the world. Lukla is mainly famous for trekking, Mountaineering, and sightseeing the beautiful scenarios of the Himalayan region. It takes on average of 35 minutes to reach there. It is supposed to lead to Gokyo Valley Trekking, Everest Base Camp and Everest Comfort trek.

You will be able to enjoy your trip without worrying about return options and the non-availability of tickets. However, booking the tickets earlier would provide lots of advantages, especially in peak seasons. Traveling to Lukla at summer seasons is risky as it is prone to severe thunderstorms, rainstorms, and landslides at that time. Lukla has freezing weather most of the period over the year. As per the record and data, March, April, May, September, October, and November are the best months for Kathmandu Lukla Flight. 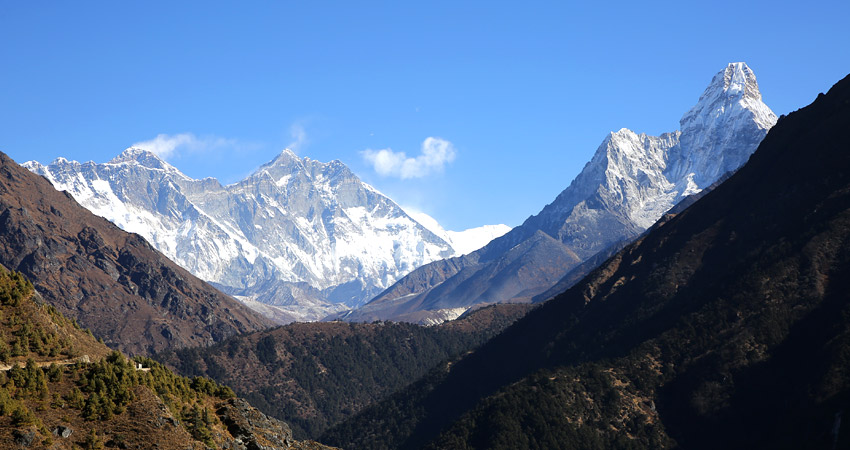