Nepal is a country of diverse cultures and traditions. As Nepal is a multi-ethnic and multi-cultural country, Nepal is the home of many ethnic and religious groups. Because of this, we celebrate many festivals throughout the year. All kinds of religion are respecting each other here and we believe every religion have its own beauty and own ethnicity. Shivaratri festival is one of the famous Hindu festivals in Nepal.

Kirk Patric Once said that “Nepal is a country where there are more temples than houses, more gods and goddesses than people, and more festivals than days in a year”.

Festival is the most exciting part of our lives, no matter what religion we follow we celebrate our festival together regardless of any dispute. Every festival has its own history or background. Although the majority of people are Hindus in Nepal, that does not mean other religions are not respecting or not important to us. We celebrate every festival with some energy and excitement. Among many festivals, Maha Shivaratri is one of the important festivals in Nepal. 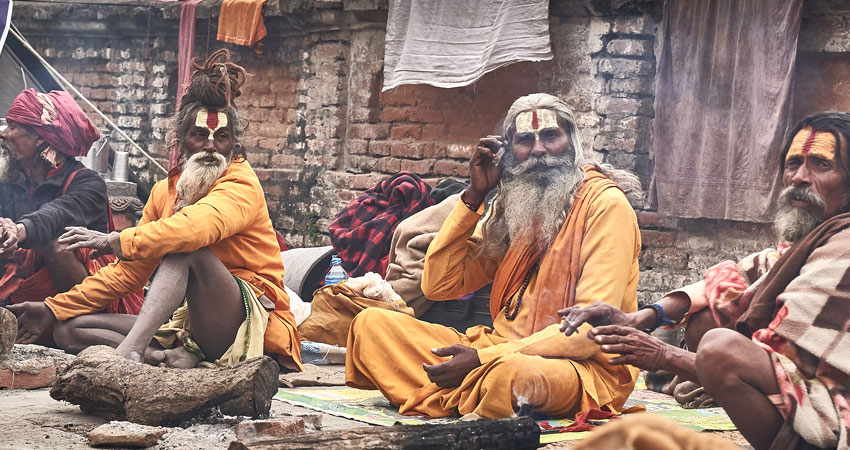 Maha Shivaratri is one of the main festivals celebrated inside Nepal. The word Maha Shivaratri is made up of two Sanskrit words in which Maha means great and Ratri falls on the 14th day of the dark half of each lunar month which is believed to be especially sacred to Shiva. It falls during January and February in English month which is Math and Falgun according to the Hindu calendar. Maha Shivaratri is celebrated in Nepal and the western part of India. During the night of Shivaratri, the stars in of northern hemisphere are at the most optimum position which helps to raise the spiritual energy of a person’s spiritual energy. This day is very important for the people as it is believed that the principle of lord Shiva is most active during this day.

Pashupatinath temple of Nepal is the biggest Shiva temple in Nepal. Devotees mostly visit Pashupatinath temple during Shivaratri as it is one of the biggest Shiva temples in the world. People sing songs and chant “OM Namah Shivay” and “Mahamritunjaya” during this day. Sadhus mediate and perform Tandav along with the celebration and worship to Lord Shiva. During the night people around the country light bonfire. Different Shivaratri program is hosted around the streets. Children are often dressed as Shiva and they perform different acts. A holy meal is distributed to everyone during this day. Shivaratri is celebrated as a festival of light over darkness.

On this day Pashupatinath area development trust hire many employees for cleaning and taking care of the Pashupatinath area. Nepal scout and many other social committees come together as a helping hand during this festival. They provide water, Prasad, and emergency medical services to the devotee. Nepal scout also makes sure that everyone follows the safety rules and remain in line. Avery year Pahsupati area development trust associating with Nepal scout and make different plans and policies to manage everything during this day. They make plans to manage the crowd and make people easy to worship.

Mostly, tourists love to visit Pashupatinath temple’s vicinity and Sadhu Babas from different places. People also love to click photos of devotees and Sadhu Babas during this day. Sadhu Babas make the visitors happy by doing different types of activates like meditating, posing, and telling the story of Lord Shiva. Sadhu Babas are covered with ashes and tikka all over their body. There are 4 doors on the main temple of Pashupatinath. Since the crowd is very high during this day all 4 doors are opened as per PADT. People are allowed to worship lord Shiva from all four sides. In addition to this, there are many small Shiva linga inside Pashupatinath.

Rituals that are performing during Shivaratri

On the day of Maha, Shivaratri devotees wake up early in the morning and take a sunrise bath they offer water to the sun. Then, they offer prayer to the lord sun, Vishnu, and Shiva. Then after devotees visit Shiva temple to their nearest and give customary bath to Shiva linga. Mainly women come to the Shiva mandir and perform traditional Shiva linga puja and seek blessing from Lord Shiva. Since there will be much crowd on the temple, devotees wait for their turn. While doing puja devotee circumambulate the Shiva linga three or seven times. After that devotee pours milk or water on Shiva linga.

Bael leaves – Bael leaves are required for Shiva puja as it is believed that offering Bael leaves is a process of purification of the soul.

Vermilion paste – Vermilion paste is commonly known as Sindoor. As one of the significances of Shivaratri is this is the day of the wedding of Lord Shiva and parfait. So Sindoor is offered to Lord Shiva.

Incense and Lamp – during worshipping lord Shiva devotee offer Dhoop and Diya to the lord. Lighting Dhoop and Diya are believed to be conducive to the attainment of knowledge.

As Shivaratri means the night of Lord Shiva so devotees worship Lord Shiva during the day as well as during the night. Devotees stay all night singing and worshipping Shiva linga. All devotees gather on Shiva Mandir at night to sing and dance. People spend the entire night listening to the story of Lord Shiva. The priest does the main puja during this night with all the rituals and all the ingredients. The devotee will break their fast during the night by eating the Prasad from the mandir. 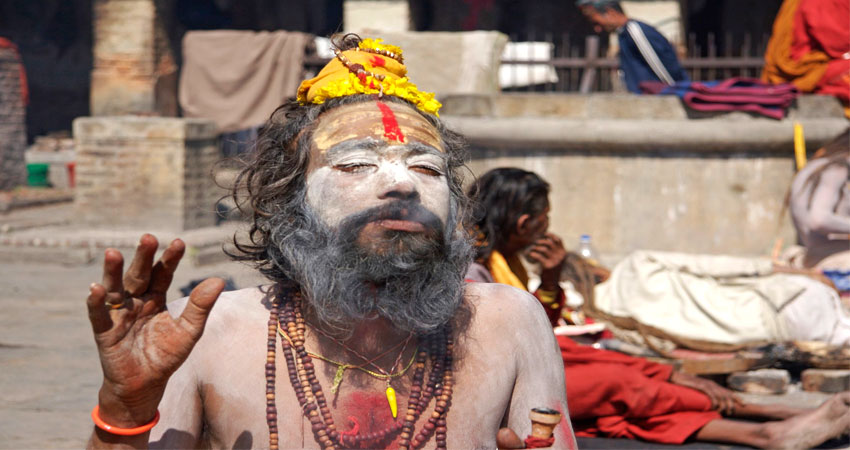 Why is Shivaratri Celebrating?

There is always a story or significance behind celebrating every festival. According to Shiva purine once there was a big fight between two of the Hindu gods Brahma and Vishnu. They fought over who was superior among them. They both were using power to show their superiority. The situation got intense and other gods get afraid of. They asked lord shiv to intervene. Lord Shiva came and he got a plan to end the fight. Lord Shiva formed a massive column of fire in between Brahma and Vishnu. After that, he asked both of them to find a pinnacle or the end of the fire. Brahma started searching by going upward and Vishnu, on the other hand, started searching for the end on the ground. While searching Brahma can across Ketaki flower flying down slowly.

When Brahma asked Ketaki she replied she was placed at the top of the column as an offering but she was unable to find the end. After that Brahma took the Ketaki flower and went to Shiva. When Shiva heard this he revealed his true form and got very angry. Then after Shiva punished Brahma as he was lying and crushed him that no one will ever worship him. He also banned Ketaki as she falsely testified Brahma. This was the day when Lord Shiva turned himself into the form of linga. In his anger, he also performed Tandav. So Shiva linga is worship on Shiva retry. So Shivaratri is not only a festival but also an inconceivably vast definition universe.

Some Interesting facts about Shivaratri

2. Another belief about Shiva Ratri is that it was the night when Lord Shiva and parfait got married. Because of this many people tends to get married in Maha Shivaratri. To have a beautiful relation like Shiva and parfait.

3. As Shiva Ratri is one of the main festivals of Hindus, this festival is celebrating during daytime as well as night time. A devotee who takes fast on this day celebrates by doing jagrams on the night. People also light bonfires in different places.

4. According to Hindu Puran there are 12 Shivaratri in a year and Maha Shivaratri is considering to be the most auspicious.

5. Maha Shivaratri is considering as one of the holy days where people can get over their sins.

Shivaratri is considering one of the main festivals of Hindu people. Shiva Ratri festival falls during the month of Falgun 27 according to the Nepal calendar and according to the English calendar, it was on the 11th of March 2021. We all have been suffering from the global coronavirus pandemic since the start of 2020. We must be safe and take precautionary measures while celebrating the festival. Some of us are still in lockdown. During this pandemic, we must be careful while celebrating the festival. We will have to celebrate Maha Shivaratri indoors during this time of the pandemic. As devotee goes to the temple to worship Shiva linga but due to this pandemic this time we must be safe and celebrate festival from our home.

A devotee can take fast as usual but be careful while going to the temple. As the government has said to wear a mask while going out, devotees will also have to wear masks during Shiva puja or going to the temple. Thus, Shivaratri is one of those festivals that define the belief and importance of the Hindu religion. A devotee can have mental peace and calmness as all the anger, negative energy reduce to low. The devotee will go in deep prayer and hence awakes the healing, intuition, and telepathy.
Happy Shivaratri 2020!!!! 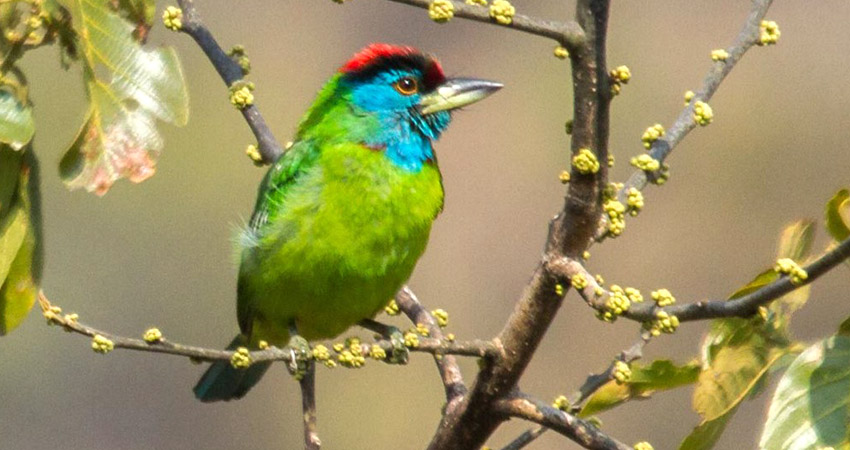 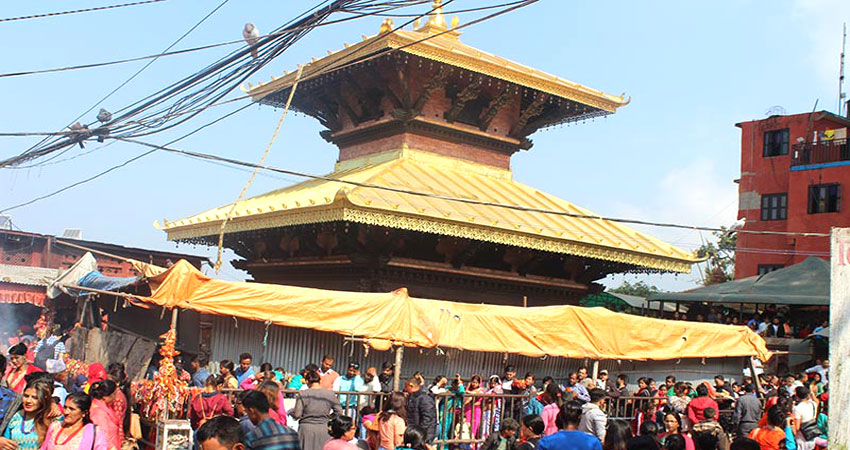